Shortly after my 61st birthday, we set off to trek to Annapurna base camp. Despite Angela's initial misgivings (she'd never trekked so high or for such a prolonged period), we had a wonderful walk. For 11 days we walked up and down through spectacular deep valleys, among some of the highest and most beautiful mountains on earth. We didn't quite make it to base camp, though. The weather was against us. Most days it rained, and heavy snow fell on the mountains. We knew it was also snowing higher up in the valleys, and descending trekkers and guides warned of deep snow on the ground at the Sanctuary. We had some truly magnificent mountain views, especially in the early mornings. But usually by 8:00am or so, the clouds began to build up. By 3200m we were walking in mist and snow, the path was growing slippery and the log bridges really treacherous. At about 3400m we turned back, thinking how much more difficult it must be at 4200m. We were less than a day away, but neither defeated nor disappointed. Just a prudent decision, given that our little party of two (plus guide and porter) included one artificial hip and a recently broken wrist - neither of which were insured against injury.
Anyway, here are my photos from the trek. This is just one of several related galleries: Angela's photos are in a separate gallery in the Travel section, as are my photos of the more tourist bits of the trip (mainly around Pokhara and Phewa lake), and photos of 50 or so (new to us) species of birds are in a gallery in the Birds section.
Read More 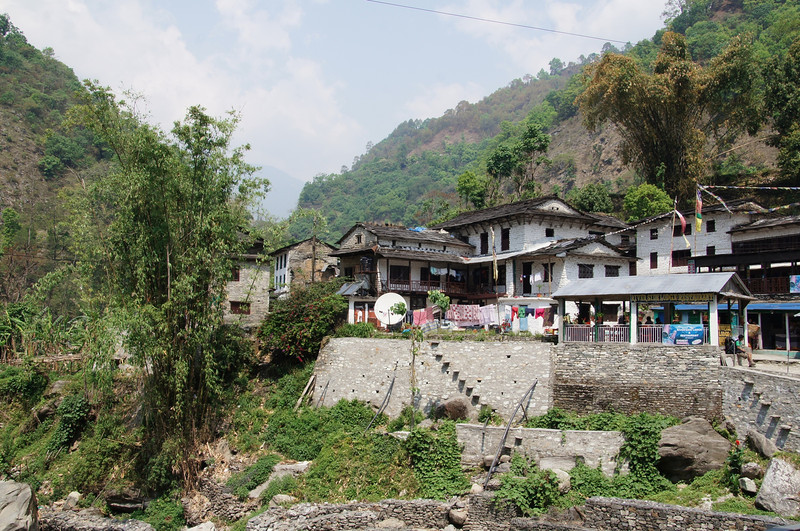